The early days of the MIHA are blurry because no official records exist. However, here is what the historian committee was able to uncover.

In 1968, a group of parents were involved in an equine census around the same time. After realizing that there were over 10,000 horses in Oakland County, Ed Cheyz, Kelly Lawerance, and Carmi Edwards purposed a school sponsored horsemanship program to the Huron Valley School Board. The School Board recommended holding a horse show to determine the extent of interest in a horsemanship program.

In 1972, a horsemanship committee was formed and the first ever “Father’s Day Show” was held. A portable arena and P.A. system were used to hold the show in front of Milford High School. The show was so successful that it brought in 1,200 spectators, 600 entries, and a profit of $1,700. This success justified establishing an educational horsemanship program. Ed Cheyz, Kelly Lawerance, and Jerry Fuller presented a proposal to the Board of Education. At the same time, the Director of Community Schools, Carmi Edwards, and the horsemanship committee requested that the Board of Education designate 20 acres of land adjoining Milford High School to be used for the horsemanship program, the annual horse show, and the interscholastic equestrian team program. The horsemanship program passed. 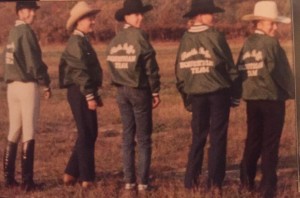 In 1976, due to the expansion of the program statewide, Huron Valley Interscholastic Horsemanship Association became the Michigan Interscholastic Horsemanship Association. On May 16, 1976, the first MIHA State Championship was held at Oak Ridge Stables in White Lake Township, with nearly 600 spectators. Winning the State Championship in 1976 was Romeo.

Also instrumental in those early days were Chuck Schoder and Gerald Fuller, the Milford and Hartland coaches. In 1975, Brighton, coached by Wanda Keech, and Pinckney, coached by Virginia Bennett joined the competition. Also joining in 1975 were teams from New Haven, Romeo, Almont, Oxford, Holly, Howell, Fowlerville, South Lyon, Novi, Northville, and Lakeland. Most of these schools are still competing today. 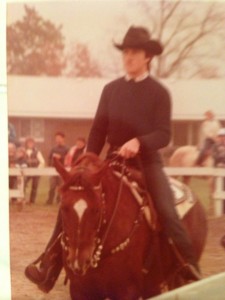 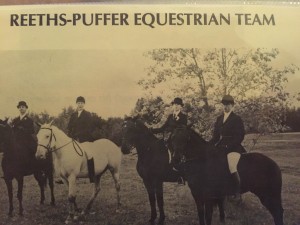 In 2004, the MIHA started a pilot program for a junior division for riders in sixth through eight grade. The junior division became a formal part of the MIHA in 2006. What a great way to prepare our future high school riders. 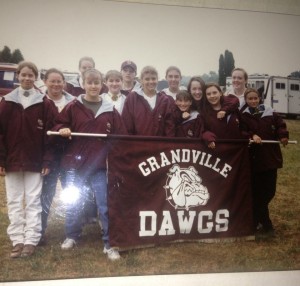 ders on 327 teams in 19 districts. The MIHA State Championship had out grown all available facilities, so it became necessary to add a Regional championship to decrease the size of the State show. The first Regional competitions were held in 2005. In 2006, a “D” division was added for teams with 2 or less riders. The MIHA had 2,090 riders on 332 teams in 19 districts in 2006. In 2009, the MIHA consisted of twenty districts with 342 teams, and 1,934 riders competing statewide.

In 2017, MIHA expanded its Junior Division to now also include 5th graders.

Do you have any history, stories, or important dates about MIHA?
If so, please send them to the Executive Board.

Our Purpose and Goals

The purpose of this organization is to promote continuous growth in programs fostering horsemanship education, sponsor activities to encourage interscholastic participation and to have cooperative adult-supervised leadership (coaching) for all students in grades 5 through 12 who are desirous to participate regardless of race, creed or national origin and meet the Association rules and regulations (By-Laws). Throughout Association leadership and coaching, it is our goal that the student members derive whatever enjoyment and benefits possible as a result of participating as riders in horsemanship education programs and interscholastic competition.
For questions/comments concerning this website, please contact the webmaster